This small wooden orthodox church was physically relocated to Prague in 1929, to celebrate the occasion of the 10th anniversary of the annexation of Carpathian Ruthenia (the Subcarpathian region) into then-Czechoslovakia after WWI. Also known by its longer name of The Carpathian Church of St. Michael the Archangel, the entirely-wooden church was disassembled and moved to Prague from the village of Medvědovce near Mukatsheve.

It’s today’s Ukrainian border area in the Carpathian Mountains, but was moved once before from its original birthplace in the village of Velké Loučky in the same region, in 1793. The hilly garden of Petřín Hill is vaguely reminiscent of the lush, rolling greenery found in the Carpathian region, so the unique church of St. Michael’s looks at home here. Set carefully into the well-planned and executed Kinsky Gardens, started in 1825 by the patriotic Count Rudolf Kinský who wanted to create a purely natural landscape without romantic excess, the onion-domed little Church of St. Michael fits perfectly into the landscape, even down to the evocative dark wood of the exterior and its beautifully shingled domes and low-hanging roof. 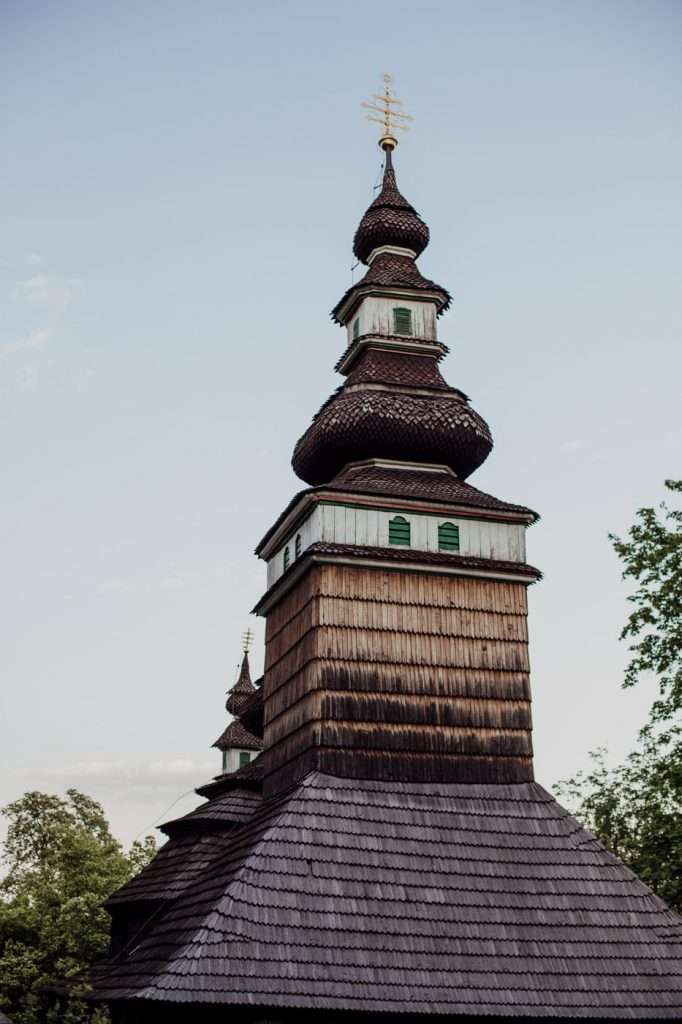 Church’s Architecture | What does the church look like?
The church carries the elements of the Rustic Baroque with typical structuring of the church layout into three squared timber parts with timber towers and their roofs covered by shingles. The whole construction is about fourteen meters high and eight meters wide. There is a space below the highest tower which is determined exclusively for women and it reaches seventeen meters high. That explains the origin of the popular name „babinec“ (for ladies monly).

More towers are located above the main aisle and above the choir. The whole interior is decorated by colours typical for the orthodox faith – white, green and red which represent faith, hope and love.

Prague Guide - April 28, 2019 0
Prague is one of the best travel destination in Europe. If you are travelling that our beautiful city we are suggesting you to get...

Flight to Prague from Australia and New Zealand