The garden is considered the oldest partially preserved garden in Prague. Its seems to have survived from the Middle Ages, when it was founded as a monastery garden. Here you can find peace from the bustle of the busy city, near a small lake in the shade of  trees to rest on a bench and admire the stalactites decorate the chapel of St. Elijah with wall paintings and sundial from the 17th century. A wide staircase at the end of the garden leads to the observation terrace with benches and rose pergolas.

The Vojanovy Gardens (Vojanovy sady) are considered to be the oldest partially preserved garden in Prague. They are a part of the former fruit garden, which originated simultaneously with demolishing an Episcopal court in 1248. At that time it was called after its owner Pytlíkovská or Flavínovská.

The convent was abolished in 1782 and from 1783 it was assigned to the Sisters of Loreto who used the building up to the year 1921. Just in the 19th century the garden was partly remodelled in style of English park, with a pond and coniferous trees. After the establishment of the Republic, the convent complex was taken over by the Ministry of Finance that built new buildings in the garden.

The garden covers an area of 2.4 hectares. It was opened to the public in May 1954 and on that occasion it was named the Vojanovy Gardens to commemorate a famous Czech actor Eduard Vojan who lived and died near from here in Klárov.

As for the modern sculptures, there is placed A Sitting Woman by Jan Kodet from 1960 and Spring and Autumn by Jan Kavan from 1968. Several interesting trees grow there, such as ginkgo biloba, red common beech, white weeping willow and magnolia. 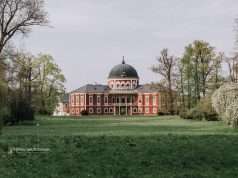 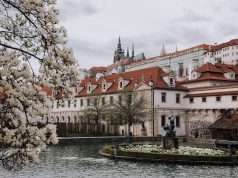 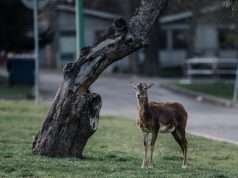 Prague Guide - April 28, 2019
0
Prague is one of the best travel destination in Europe. If you are travelling that our beautiful city we are suggesting you to get...