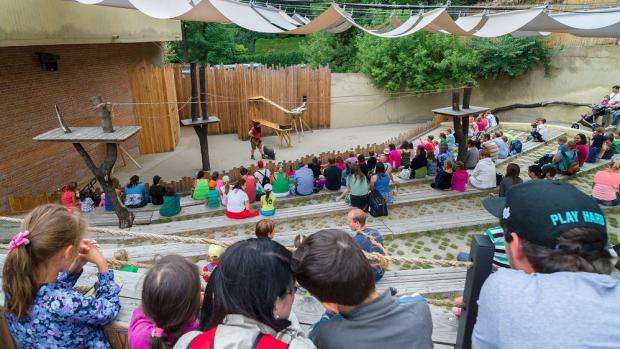 Visitors to the Prague Zoo can watch the newly joined pair of red pandas get to know each other these days. The two-year-old male Jerry arrived from the Olomouc zoo in May and is now finally getting to know the current resident of the enclosure, the three-year-old female Regica.

The first meeting already took place in the kennel, for a week Jerry and Regica could see and smell each other through the latticed door separating their inner quarters. The breeders have now moved them out, so the pandas can share not only the outdoor exhibition, but also the indoor spaces. This species, which is very attractive to visitors, inhabits the very first enclosure at the main entrance to the  Prague Zoo.

on the underside of the ears,” Zbehlíková advises visitors, adding that the best time to observe pandas is on cooler, calm and rainy days, especially in the morning and then again in the afternoon.

In the areas of natural occurrence of red pandas, in the high mountain regions of China, India, Bhutan and Burma, they are mainly threatened by hunting and loss of natural habitat. In Yunnan, China, their fur symbolizes happy marriages and newlyweds’ hats are made from it. That is why this species was already included in the IUCN Red List of Threatened Species in the early 1990s, where it is now in the endangered category.

“The male Jerry, originally born in the Bourbansais zoo in Brittany, was selected by the coordinator of the European Breeding Program (EEP) as a suitable partner for our female Regica, and it is therefore possible that we will see cubs of this endangered species again in the future,” he outlines the plans for breeding red pandas in Prague Zoo curator of mammals Pavel Brandl.

Prague Guide - March 10, 2022 0
City tour can be exhausting at the best times for children. A packed of sighseeing programs is not always kid/children friendly. Prague, hovewer is...