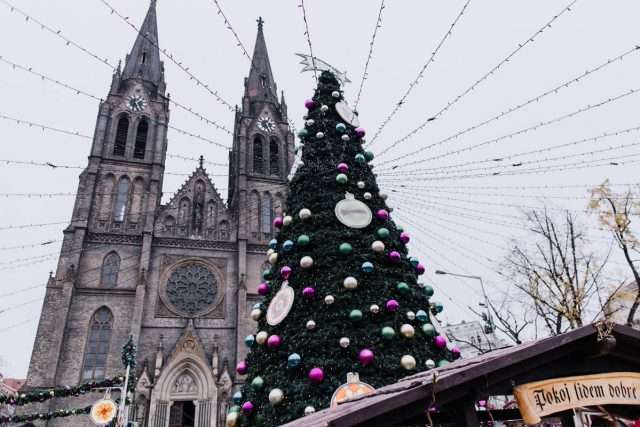 Czech winter usually lasts from mid-November through mid-March. Winters are cold, cloudy, icy and wet with freezing temperatures. The first snow often comes in November and the lowest temperatures (-5°C/20°F to -10°C/10°F, less in higher elevations) can be expected in January and February. The first half of March is usually chilly and wet with temperatures below 10°C/50°F. There can still be snow in March.

Be prepared to layer and bundle up when visiting the Czech Republic in winter; wear shoes that can handle snow and water; check the weather forecast before you go. If you are coming to Prague for the Christmas holidays, read about December Weather in Prague.

Czech weather can be unpredictable in every season. One year, winter lasted from November into April and was one of the longest and coldest in a very long time, with unusually large amounts of snow. The next winter was mild with unseasonably warm temperatures, almost complete lack of snow, and flowers and trees blooming in Prague in January.

– Most monuments remain open in winter but have reduced opening hours. Please check it before you go.
– Most castles outside of Prague are closed from November through March. Also some of the Baroque gardens in Prague.
– Read about December opening times in Prague.

Prague Guide - June 6, 2022 0
The garden is considered the oldest partially preserved garden in Prague. Its seems to have survived from the Middle Ages, when it was founded...

Flight from Britain to Prague

Kinsky Garden near by Petrin Hill