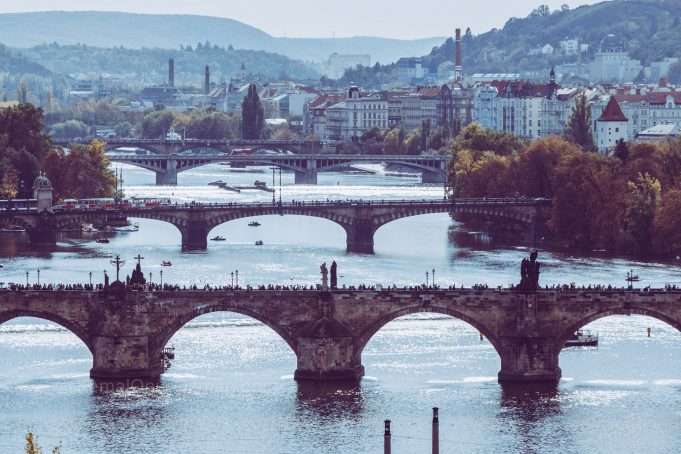 Museum Kampa is located in Sova’s Mill in Lesser Town in the center of Prague. Museum Kampa has in its care an artistic the collection of Jan and Meda Mládek, who during their stay in exile in the second half of the 20th century actively supported the then Czechoslovak non-conformist artists. The collection contains the largest collection of works by one of the founders of modern abstract painting, František Kupka and works by other important artists of the 20th century from the so-called Eastern Block

Housed in a renovated mill building, this gallery is devoted to 20th-century and contemporary art from Central Europe. The highlights of the permanent exhibition are extensive collections of bronzes by Cubist sculptor Otto Gutfreund and paintings by František Kupka, a pioneer of abstract art.

The mission of Museum Kampa is to take care of a collection of art works by modern artists and to provide testimony of the difficult time in which this art was created and which should not be forgotten. The Museum also hosts a number of short-term exhibitions presenting Central European modern artists. Over the years the Museum has held exhibitions featuring artists such as Kamil Lhotak, Karel Malich, Toyen and Andy Warhol. Each show is accompanied by programs for schools and the general public.

For ticket and more infos: http://www.museumkampa.cz/en/

Museum of the Infant Jesus of Prague

Jewish cemeteries and landmarks of the Karlovy Vary region