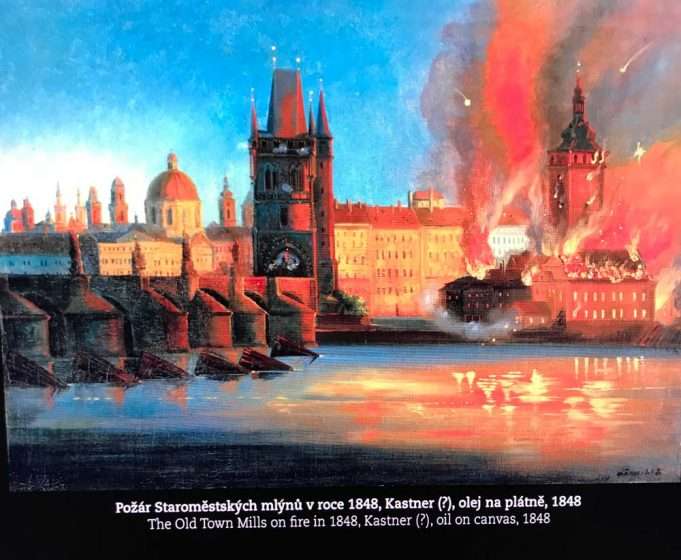 The first mention of the Old Town Mills dates back to 1347. The mills, outside the Customs House, originally belonged to the Old Town Municipality. It was given the privilege of “throttle” (ship mills) as early as 26 May 1384 by King Wenceslas IV. confirms the document dated at Kunratice Castle. The Old Town Waterworks was built in 1489.

Since the 14th century Novotný the footbridge has been replaced by several owners, according to which it was mostly named. Originally the footbridge was without an official name. In 1484 they were called New Mills, which stood here before the foundation of the New Town of Prague and were divided into Czech and German. From 1870 to 1885 it was called the Old Town Footbridges, or they were simply called “Old Town Mills or Most Mills”. In 1885, the footbridge accessing the mill buildings was named after the town council resolver after the local miller Karel Novotný (1827 – 1900), whose footbridge was newly modified. This well-known burgher of Old Prague and a master of the miller’s guild, contributed to the construction of an iron footbridge along the southern facade of the buildings. The mills were still ground in the first half of the 20th century. Then the houses fell into disrepair, in the 1970s and 1980s a new era of the Novotný footbridge began. The Czechoslovak Science and Technology Society embarked on the rebuilding and interconnection of houses, so many of them have brand new interiors and conference halls. To this day, the technicians own a total of 8 houses and there are 67 seats of this company (Pepikoc.cs, translated by google). 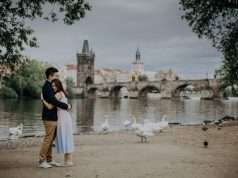 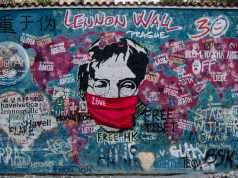 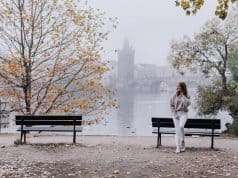 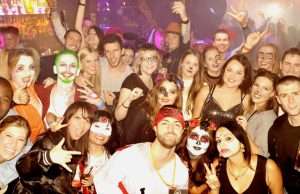 0
Be careful guys; I just came back from Prague and it was a lovely city and I really liked it. The only bad experience we...