The mediaeval tower clock is located at the southern side of the Old Town Hall Tower. When the clock strikes the hour (from 9.00 a.m. to 11.00 p.m.), the procession of the Twelve Apostles sets in motion. 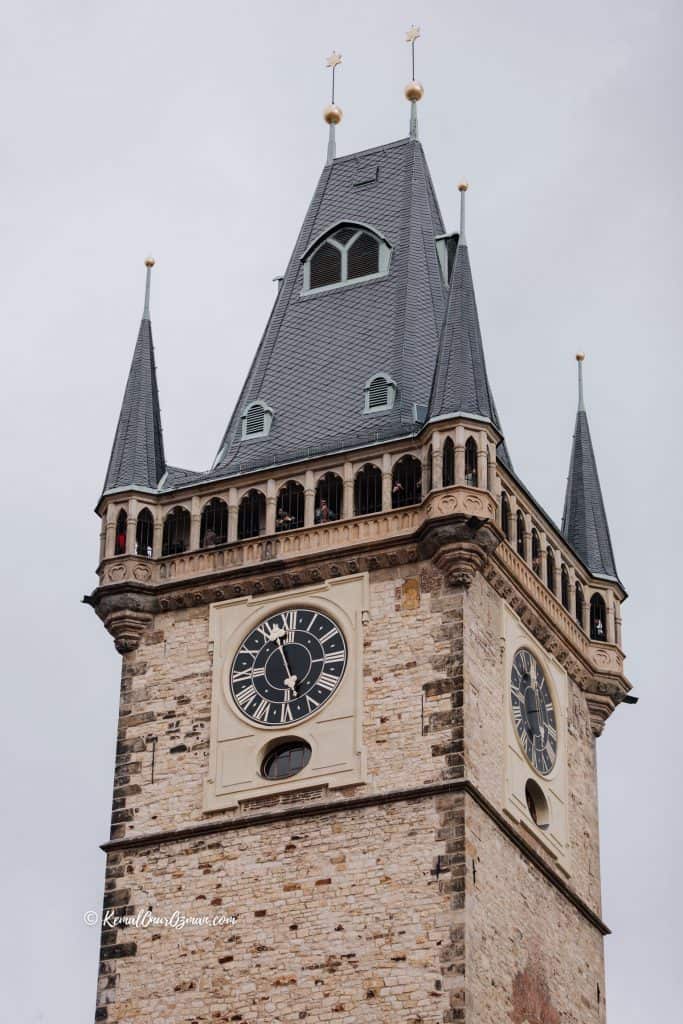 The parade of the Apostles is visible from the Old Town Square. If you want to see them better, we recommend you to buy a ticket to the Old Town Hall, where you can admire them from the top tower´s chapel.

During the apostles’ parade, other figures placed on the sides of the astronomical clock set in motion too. The skeleton rings, rotates an hourglass in order to show to the Turk that his lifetime is at the end. He shakes his head. The Vain Man and the Miser behave similarly.