Embassy of Turkey contact numbers, working hours and exact location in Prague Czech Republic. You can directly contact via email or direct phone call for your request or questions.

Diplomatic relations between Türkiye and the Czech Republic, then Czechoslovakia, was established on 11 October 1924. The first representative of Türkiye to Czechoslovakia was Minister Plenipotentiary Vasıf Bey (Çınar). Diplomatic relations between both countries continued from 1924 to 1963 at this level. In 1963, the level of diplomatic relations was upgraded to the level of Ambassadorship and H.E. Mr. Cemil Vafi, who was Minister Plenipotentiary in Prague at that time, was appointed as the first Turkish Ambassador to Czechoslovakia. After the dissolution of Czechoslovakia into the Czech Republic and Slovakia on 1 January 1993, the Turkish Embassy in Prague remained accredited to Slovakia until the opening of the Turkish Embassy in Bratislava in 1994.

The Turkish Embassy in Prague has been serving at its present chancery, at Na Orechovce in Prague 6, since 2003. In the coming period, the Embassy is planned to be moved to a new chancery to be built in Bubenec, one of the neighbourhoods in Prague 6 in which many diplomatic missions are located.

The Turkish Embassy in Prague also contains the Office of the Armed Forces Attaché and the Office of the Commercial Counselor. There is not a Turkish Consulate General in the Czech Republic. Consular services are undertaken by the Consular Section of our Embassy. Our Honorary Consulate in Brno, the responsibility area of which covers South Moravia and Zlin, was opened with a ceremony on 27 February 2014 and Our Honorary Consulate in Ostrava, which is responsible for the area covering Moravia-Silesia, was opened with a ceremony on 30 April 20


During the First World War, upon the request of the Germans, the 15th Ottoman Army Corps from Çanakkale was sent to this region to support the Austro-Hungarian army against the Russian army. Historical records show that the Ottoman Army Corps has successfully fulfilled difficult missions and that 5.000 of its members lost their lives in the Galician front.

Due to war conditions those sacred martyrs have been laid to rest in different parts of the Galician front and 1.100 out of those today lie within the borders of the Czech Republic. 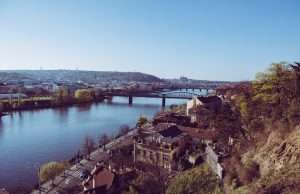 7 things to do in Prague at Valentine’s Day?