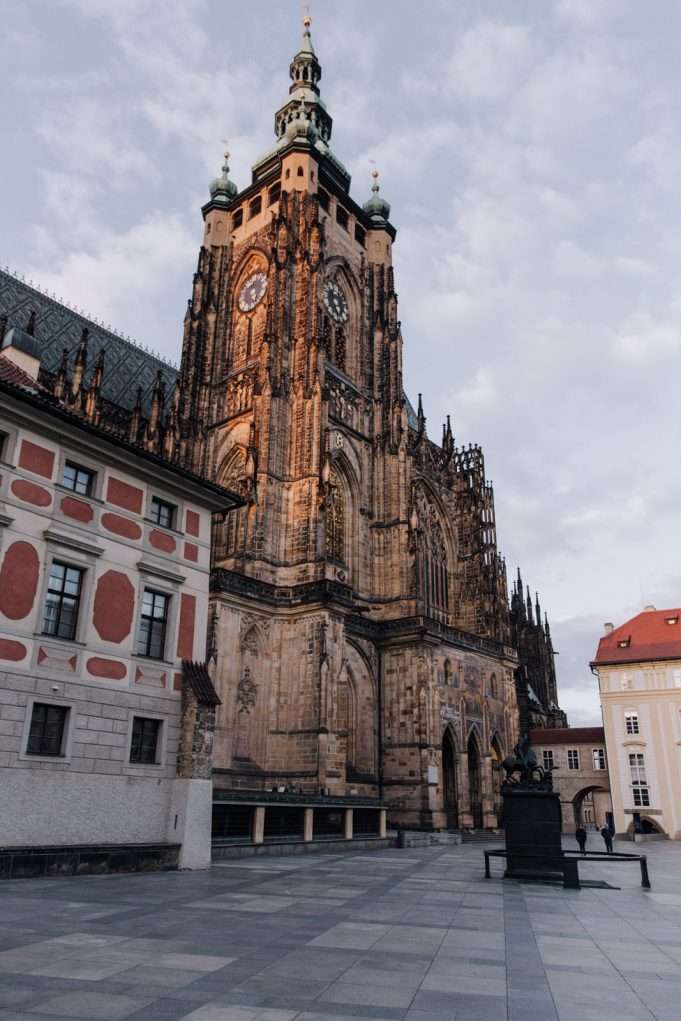 is squeezed so tightly into the third courtyard that it’s difficult to get an overall impression of this chaotic Gothic edifice. Its asymmetrical appearance is the product of a long and chequered history, for although the foundation stone was laid in 1344, the cathedral was not completed until 1929 – exactly 1000 years after the death of Bohemia’s most famous patron saint, Wenceslas. 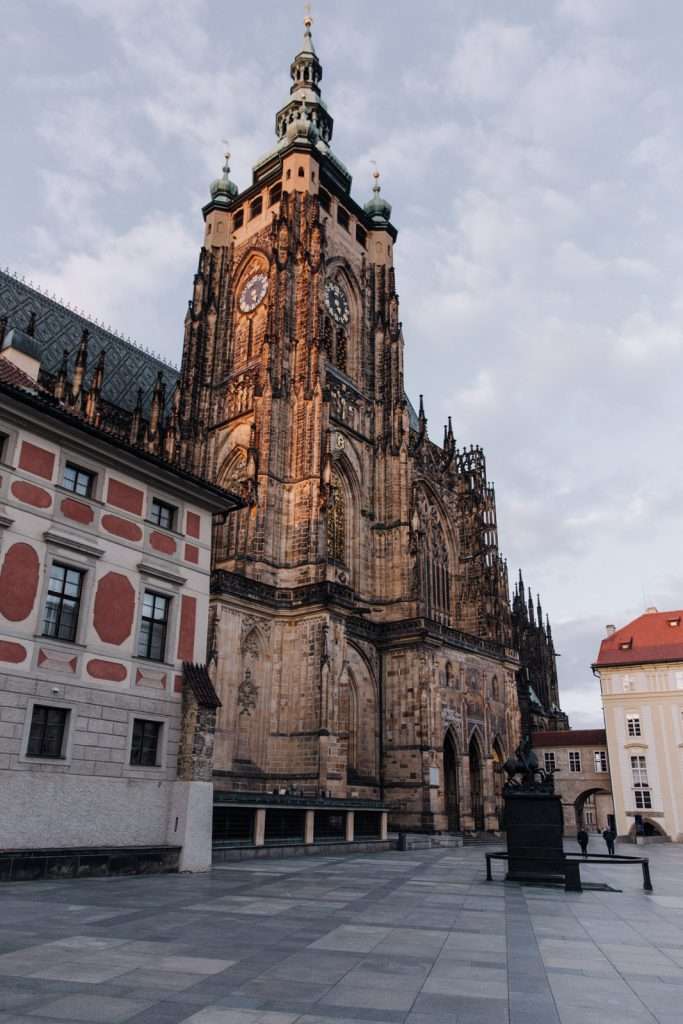 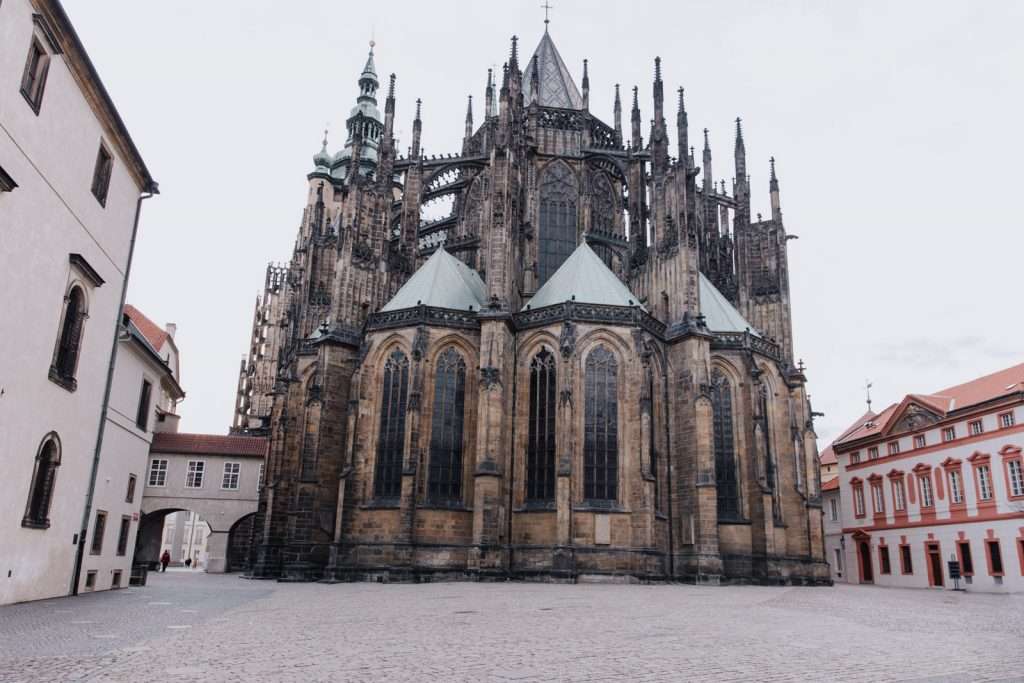 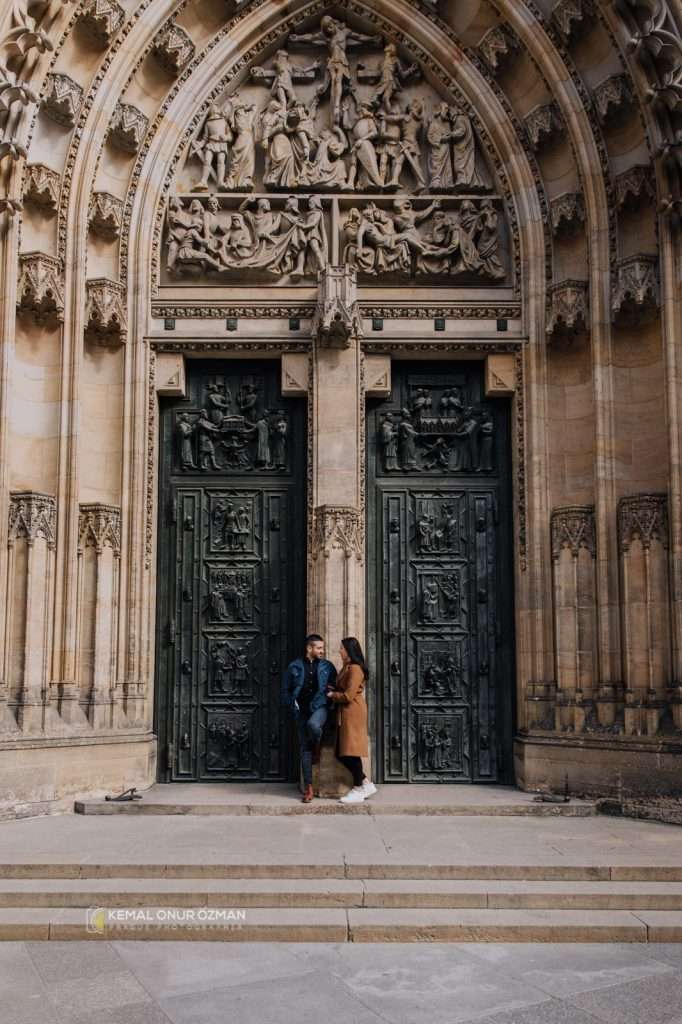 The site of the present cathedral was originally a sacrificial altar to the heathen fertility god Svantovit, which partly explains why the first church, founded in 929 by Prince Vaclav, was dedicated to St Vitus (svatý V.t in Czech). Vitus allegedly exorcized the Emperor Diocletian’s son and was thereafter known as the patron saint of epileptics and of sufferers from the convulsive disorder Sydenham’s chorea (hence its popular name, St Vitus’ Dance). The inspiration for the medieval cathedral came from Emperor Charles IV (1346–78), who, while still only heir to the throne, not only wangled an independent archbishopric for Prague, but also managed to gather together the relics of St Vitus.

Prague Castle – the most beautiful and largest castle complex

Prague Guide - April 17, 2019 0
According to ancient legends, Vysehrad is the oldest seat of Bohemian princes, but in fact, the local settlement was established later than Prague Castle...