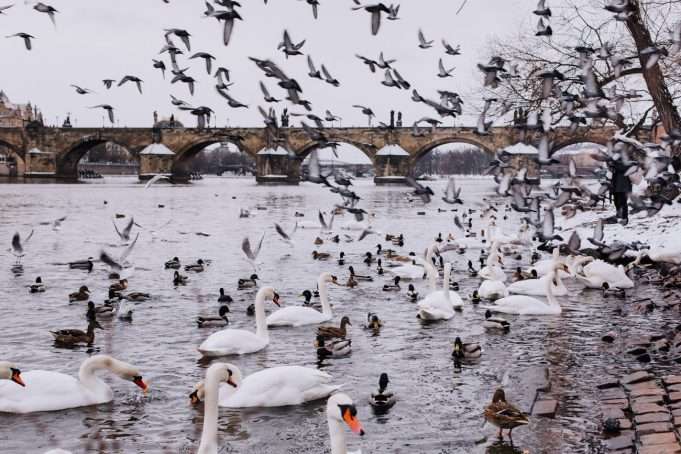 The repaired memorial synagogue and the adjacent land are used by the city for cultural purposes.

The permission to build the synagogue was given by Countess Marie Gabrielle Longueval von Buquoy, née von Rottenhan. The synagogue grew up next to a number of existing Jewish houses. It was completed in classicist style in 1846-1847. It served its purpose until the 1930s. During the Second World War, the synagogue was used as a warehouse, and for the next seven decades it housed a collection point for secondary raw materials. In 2016, the city of Jirkov bought the synagogue with the intention of repairing it and using it for cultural and social purposes. The reconstruction of the synagogue took place in 2020 and was supported from the state budget of the Czech Republic, from the program of the Ministry for Regional Development.

The synagogue in Jirkov was renovated in 2020 and opened to the public in 2021.

Mahler Gardens with the old Jewish cemetery in Žižkov

Prague Guide - May 13, 2020 0
History of Divoka Sarka Park Around the 6th century the Slavs came to this area. In the 7th to 9th centuries was above the Džbán...