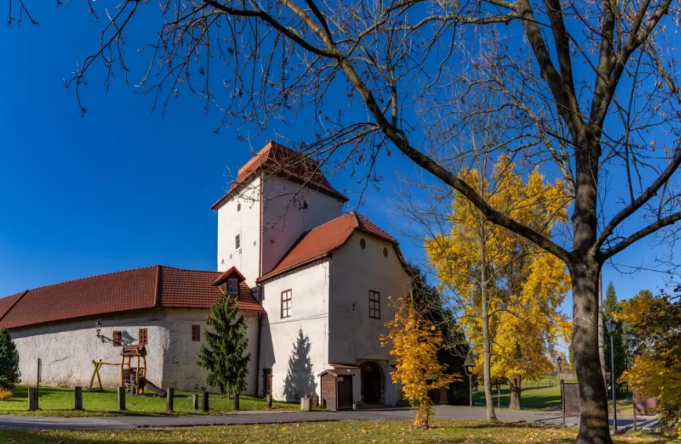 The castle is located at Ostravice and Lučina rivers. Thanks to its location at the intersection of popular cycle paths, it is destined to become a sought-after excursion destination offering visitors not only rest, but also a glimpse into Ostrava’s history.

Silesian Ostrava Castle is the only at least partially preserved castle in the territory of the city of Ostrava . The first written mention comes from the end of the 13th century, when the castle served as a feudal fortress. In the 16th century, the castle was rebuilt into a Renaissance castle. which was later significantly affected by coal mining under Silesian Ostrava.

Since the 18th century, the castle has sunk by an unbelievable 16 meters as a result of mining activity and has been deteriorating unstoppably. It was only in 2004 that its extensive restoration was completed, thanks to which the castle is now open to the public not only for its exhibitions and tours, but also for holding cultural and social events.

Did you miss the inspection time and don’t want to wait? Does not matter! At the cash desk and in a few other places throughout the castle, you will find QR codes , through which you can download talks in both Czech and English to your phone.

Children’s playground at the castle
In July 2022, a new playground in the form of a two-headed dragon was opened in the courtyard. It will especially please young visitors, who can also take a booklet with worksheets and thus diversify their visit to the castle.

Don’t Miss These Books About Prague

Prague Guide - December 28, 2022 0
Prague is a city with a rich cultural history and has inspired many writers and artists over the centuries. Here are a few books...