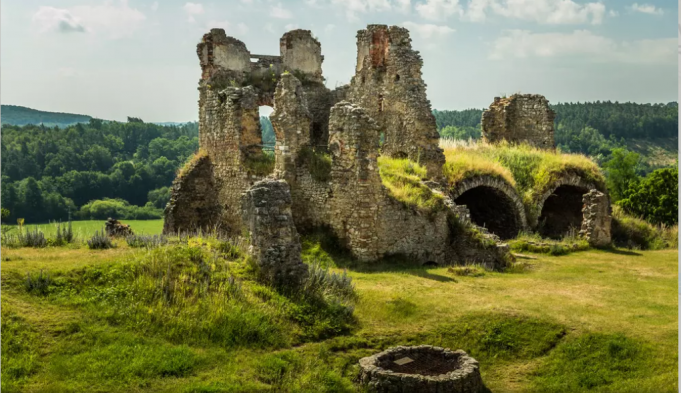 The ruins of Zvířetice Castle rise above the Jizera River near Bakovo nad Jizerou. Its surroundings are suitable for walking and cycling trips. Currently, the ruin is coming back to life as part of the Vision 21 project.

On the right bank of the Jizera River, near today’s railway station in Bakov nad Jizerou, the picturesque ruins of Zvířetic Castle stand out. The castle can also be seen from the highway. The castle was the destination of many pilgrims and travelers of the romantic 19th century, including the bard Karel Hynk Mácha , who even preserved the condition of the castle from the 1930s in his drawing.

From the castle tower there is a wonderful view of the Baba Hill and on the opposite side to the Bezděz Castle .

From the history of the castle, the oldest part of the original castle was built in 1318, when Zdislav, who came from the powerful Markvartic family, is mentioned in connection with it. His sons were already written “from Zvířice”. Members of the family then owned Zvířetice until 1504. Some of them went on to have successful careers in church orders .

They supported Master Jan Hus, took a negative view of the existence of Hussite field troops, in later times members of the family sided with King George of Poděbrady against his domestic and foreign enemies. In 1528, the castle passed into the ownership of the Vartemberk family , who built new residential buildings and, together with other reconstructions, turned the castle into a Renaissance castle.

The existence of the castle was threatened by a fire in 1693, the consequences of which were still removed, but after the second fire in 1720, the castle was no longer inhabited . Only the walls of the palaces, part of the tower and the remains of the walls have survived from the former castle and the later château.